My First Memories of Coding

The first time I remember writing code was in grade school in the computer lab.  We were learning Basic.  I'm not sure how old I was, but it would have been sometime in the late '80s or early '90s.  I remember they had us write a program that would take some numbers from the user and print out the average.  I had to ask how to do division. I had only seen it with the standard division symbol in math class, not the forward slash.  Soon after that I was able to get Basic on my home PC.  Actually I think it was included in MS-DOS.

At school and in the beginning at home I was using Basic where you had to use line numbers to write your code.  Then to edit a line you had to retype that line with the number.  Soon after that I was able to get QBasic and a book to help me get started. 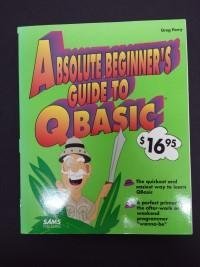 I went through the book and wrote several programs of my own.  I was always interested in writing some kind of a chat bot.  I was able to get one working in QBasic, but it wasn't until quite a few years later that I wrote something that actually worked well.  That one was written in perl, but I'll save that for another article.


Before this most of what I had done on computers was related to homework, or gaming.  I did quite a bit of fiddling with settings in Autoexec.bat and config.sys files, and whatever else needed to be done to get games to run.  So that probably laid some groundwork for understanding variables and some other basic concepts of how a computer works.

I'm going to write a few other articles on my early experience with coding, and how I started doing it professionally.  Hopefully these will be completed over the next couple months.

I'm not sure where I heard this, and it wasn't worded this way, but it helps to think about coding this way. Basically, any progra...